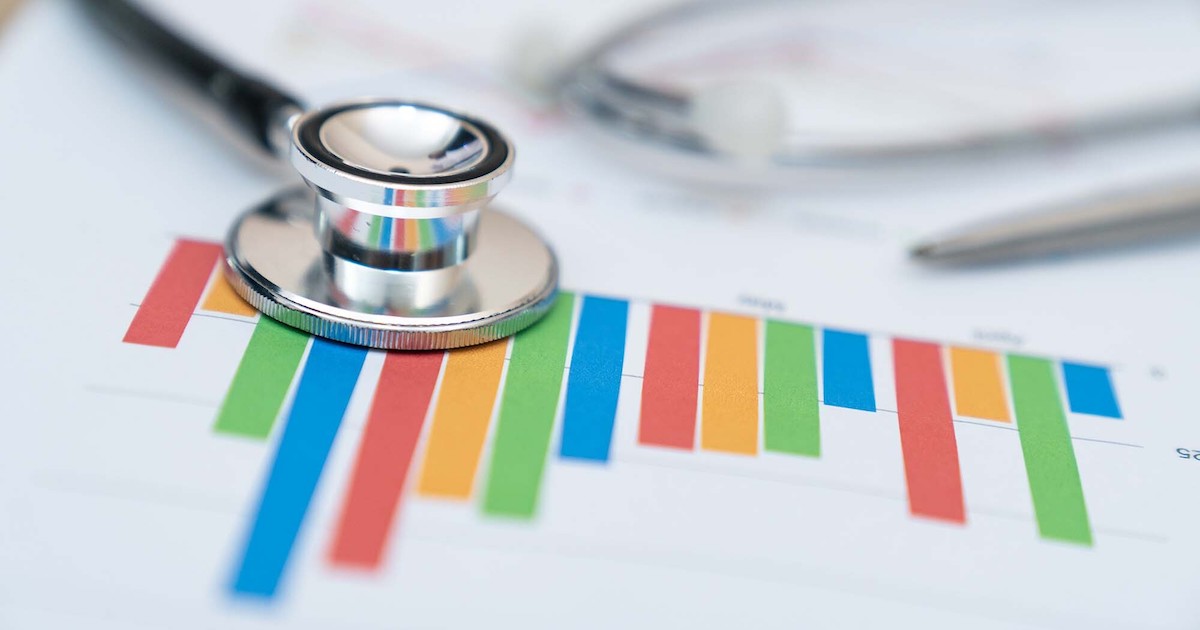 Now that the third quarter of 2021 has ended and the venture reports are coming in, one thing is certain: Investors are continuing to bet big on healthcare innovation.

In fact, investors have poured more into healthcare this year – $97.1 billion – than any other industry, according to CB Insights’ State of Venture Q3’21 Report. It has collected 22% of the total amount raised so far in 2021.

For Q3 alone, healthcare raked in $30.5 billion, which is a slight decrease from the $33.9 billion raised in Q2 this year, according to the CB Insights report. Still, this quarter’s funding was more than any other quarter prior to this year.

Despite the dip in the amount raised, healthcare completed the most funding rounds this quarter to date. The industry closed 1,901 deals in Q3, up from 1,649 last quarter.

The CB Insights report also noted that there have already been more healthcare mergers and acquisitions this year than all of 2020 (1,822 compared to 1,713).

While the CB Insights report took a look at the full scope of healthcare, Rock Health published its quarterly analysis of digital health.

The report highlights that 2021 digital health funding has already reached $21.3 billion across 541 deals, with an average deal size of $39.4 million.

In Q3 alone, digital health scored $6.7 billion across 169 deals, according to Rock Health. This quarter experienced a dip, compared to Q2’s record-breaking $8.2 billion in funding across 223 deals.

The report says the decline can be attributed to fewer deals completed as well as fewer mega deals (rounds worth $100 million or more). The previous two quarters had 22 and 25 respective mega deals compared to just 15 in Q3.

Across the board, digital health deal sizes so far this year are the biggest they’ve ever been, according to the report. Average funding has more than doubled since 2017 for Series A, B and C+ rounds in 2021.

“To put this in perspective, this year’s average digital health company’s Series A raise ($18M) exceeds the average Series B raise in 2017 ($17M),” the authors said in the report. “In other words, A is the new B.”

As for where investors are putting their money, some things remained the same in Q3 2021, but there are also some emerging trends, according to Rock Health.

Digital health companies that were focused on research and development, on-demand healthcare or disease treatment continued to lead the list of top-funded value propositions. Similarly, mental health continued to be the leading clinical-indication area for investor dollars, racking up $3.1 billion so far in 2021.

Meanwhile, femtech is finally getting more investor attention. Last quarter was the second-highest-funded quarter for women’s health ever, with $443 million raised, following Q1 2021’s $631 million, according to Rock Health.

Women-led companies have also gotten a boost this year as they closed 19% of 2021’s digital health deals through Q3, the highest percentage ever recorded by Rock Health. Still, however, women-led companies continue to lag behind those led by men.

“Despite raising 19% of rounds, women-led companies accounted for just 14% of 2021’s digital health total funding pot to date, with a $29M average check size for women-led rounds, compared to $42M for men-led rounds,” the authors said.

Digital health companies focused on equity have also gained momentum recently, spurred by the disparities highlighted by COVID-19. The report pointed to raises completed by Soda Health, Mi Salud and Cayaba Care to illustrate the increased attention to health equity.

“One key driver of digital health’s acquisition wave is the need to deliver more streamlined offerings and experiences for customers,” the authors said. “Customers – patients, providers, and employers alike – are all feeling overwhelmed by different digital health options in the market and are pushing for more unified offerings.

“In response, digital health companies are using M&A to drive strategies such as vertical integration, horizontal integration, and competitive acquisitions.”

Contrasting the surge in M&A activity is a slowdown of digital health exits. In Q3 2021, there were three completed SPAC mergers (Sharecare, Owlet and Sema4) and two IPOs (Definitive Healthcare and Cue Health), as well as one announced SPAC and two announced IPOs.

This is a drop from the previous quarter, which saw four completed SPACs, four IPOs, and seven announced SPACs.

This year has been one for the record books, as digital health had already surpassed 2020’s full-year amount last quarter.

Rock Health says it will keep a watchful eye out for the remainder of the year since Q4 tends to be smaller than the rest of the year. But if Q4 2020 indicates anything, it’s that unprecedented funding is possible at any time of the year.