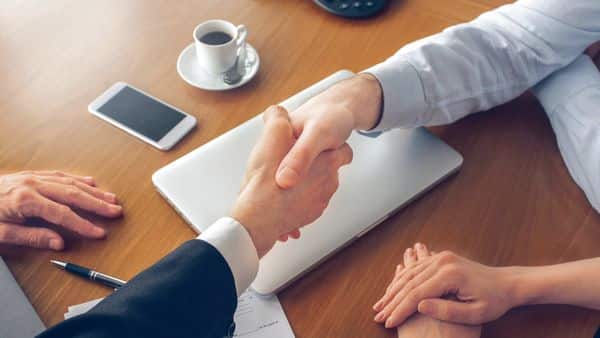 NEW DELHI : As the global economy recovers from the ravages of covid-19, software and services, automotives, pharmaceuticals and capital goods are expected to keep the momentum going in the mergers and acquisitions space between India and Germany, says a study.

“The biggest perceived challenges for investors in the Indian economy are the bureaucracy, a complex legal and regulatory framework, and a lack of adequate infrastructure,” the study has found.

On the other hand, “one of the biggest challenges Indian investors face in penetrating the German market, apart from its high cost, is the significant competition stemming from a largely developed and organized ecosystem,” it said. “This necessitates adaptability of business strategies and offerings from incoming investors as a rule to succeed in this competitive landscape,” it said.

The report that examines merger and acquisition activity among German and Indian companies in the past decade (2011-2020) has been brought out by Germany’s Ebner Stolz, an independent consultancy firms, ranked the top service provider for mid-sized companies and India-based Nexdigm, also an independent global business advisory provider. It comes as India and Germany mark 70 years of the establishment of diplomatic ties.

As of now, 1,800 German companies were active in India and more than 200 Indian companies had a presence in Germany, the report said. Between 2011-2020, there were 171 mergers and acquisitions between Indian and German companies. The volume of bilateral trade in 2019-20 was $22 billion, it said.

“After the setback observed in 2020, the economies of both Germany and India are expected to observe a strong recovery as GDP growth rates for 2021 have been pegged at 3.7% and 9.5% respectively,” said the report.

“The lull observed in cross-border deals is expected to be countered on account of the reopening of dialogues in halted transactions as well as renewed rigour for fresh deals,” it said listing the four sectors as driving deal activity in the next few years.

Software and services were predicted to do well given the focus on distancing norms mandated during the pandemic. As a consequence, the emphasis on e-health, ed-tech, e-retail, artificial intelligence, and automation is only expected to rise, it said. Cloud adoption and data security are other areas in IT that will drive deal activity, the report said.

In the automotive sector, “the transition to hybrid and electric vehicles along with technological enhancements (such as lightweight materials) will increase collaborations and investments,” it said.

In pharmaceuticals, “the streamlining of supply chains and development of specialized drugs are expected to boost FDI or foreign direct investment,” it said. “In addition to acquisitions and joint ventures, (Indian and German) companies would also look to contract research and manufacturing arrangements in the near future,” it said.

In the category of capital goods and materials, “increased investments in green products and sustainability are expected to drive growth,” it said.

“Electric mobility and renewable energy are being heavily promoted by the Indian government and will likely see promising developments in the near future,” said the report.

“With India’s vision of becoming a self-reliant economy and establishing itself as a global manufacturing hub, a sizeable boost to investments in the manufacturing sector can be foreseen in the near future. MSMEs (micro,small, medium enterprises), are expected to be an integral part of this change. These factors, clubbed with India’s long-term potential, positive Indo-German trade and investment relations, conducive policy frameworks, and the implementation of Intergovernmental Consultations by both economies, are expected to attract greater cross-border collaborations,” it said.

* Thank you for subscribing to our newsletter.