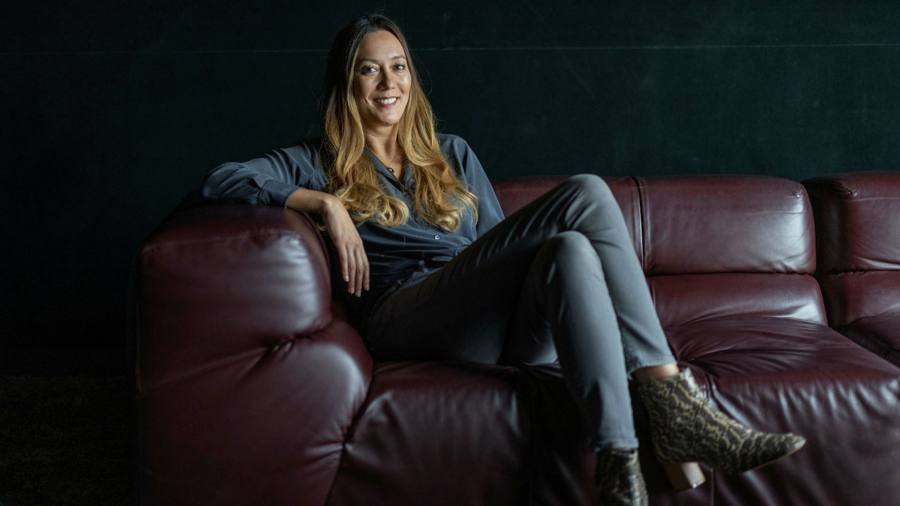 On Mother’s Day in 2019, five giant inflatable breasts — each in a different skin colour — perched on top of buildings in London. Accompanied by the hashtag #FreeTheFeed, the campaign was designed to fight the stigma around mothers pumping milk and breastfeeding in public.

Tania Boler, founder and chief executive of female healthtech (femtech) company Elvie, and the brains behind the Free The Feed campaign, recalls that day with a smile. Since 2013, when she founded Elvie, Boler has been leading a team to develop products — such as silent, wireless breast pumps that can be used while you are in the office or on the move — which address neglected areas of women’s health, and challenge the taboos surrounding them.

London and New York-based Elvie has more than 200 employees and is one of the best known names in the rapidly growing femtech sector. Boler says the growth in the number of female VCs in recent years has been effective in getting more money into the femtech industry, which is expected to become a $50bn market by 2025.

Elvie has this year raised $80m in Series C funding, led by BGF and BlackRock — bringing its total funding since it launched to more than $150m. It has also expanded into 10 new markets, including Germany, Spain and the Netherlands, and is on track to hit $100m in revenue this year.

Boler, 45, who has degrees from both Oxford and Stanford universities, and a PhD in reproductive health, saw an opportunity in the rarely mentioned problems that women face. “I realised that technology was actually what was needed in the women’s health industry. I thought, if I can create a product women can use from home, then more women will start to look after their pelvic floor health.”

Working in this area meant she had to develop a very thick skin as a leader. Her advice to other would-be femtech founders is “to try and be the one in the driver’s seat. Prepare for potential criticisms in advance and lean into the challenges. Show these investors that their preconceptions might be wrong.”

Boler speaks from experience. She first approached — mostly male — venture capitalists eight years ago. Elvie’s first product, launched in 2015, was a pelvic floor (kegel) trainer, designed to help women strengthen internal muscles. “Many women don’t know what the pelvic floor is and how important it is for the body, until they have a problem.” These muscles work with the stomach and back muscles to help maintain bladder control. They also play an important role in sexual sensation. Age, pregnancy, and childbirth can weaken these muscles. “The pelvic floor is still so taboo,” says Boler.

Many of the investors she approached had never heard of the pelvic floor, nor did they consider it an important issue for women. “Some of them would say, ‘Well I went to talk to my wife and she doesn’t think this is an issue,’ which was incredibly frustrating as they were judging what could be a real commercial opportunity based on a personal story,” she recalls. Boler would politely remind them that women make up 51 per cent of the global population.

Learning to be bold was crucial in getting her point across and building the business. In her first few investor pitches, Boler was timid about saying the word “vagina” out loud “It was always difficult to judge how far to lean into the finer details of these health issues. You want people to raise eyebrows across the table; that’s always a good sign because you want them to remember you. But you also don’t want them to be too shocked,” she says of how she made her case.

Many barriers to investment still remain: “I think we’re still having to justify and explain the size of the problem with the lack of tech available for women’s health. And [we have to] continually say this is not a niche market and these are real issues, even if they’re hidden.” she says. “There is still a lack of understanding from investors.”

Describing herself as a “non-technical entrepreneur”, Boler assembled an experienced team to help design and bring the Elvie products to market. Her first investor and cofounder, Alex Asseily, is now chair of Elvie. He had previously founded Jawbone, a company that developed wearable health devices. Asseily was able to consult on the hardware, while helping Boler build a talented team of engineers and designers.

The development process was challenging. The device had to be waterproof and able to transmit data through human body tissue. Deciding on its dimensions was equally hard. The product needed to fit comfortably inside any woman, but there were few credible studies available on women’s internal anatomy. The Elvie team had to do a lot of “real world testing” to gauge whether it could work for any woman.

Boler also knew that her product needed to be more than just high tech. It also needed to be beautifully designed, something that women would be proud to use and discuss with their friends. The Elvie Trainer on sale today has a smooth, slim egg-shaped head with a curved tail. It’s designed to be a game-like experience, with the app taking each user through a series of exercises to score points.

While the trainer sells for $199/£126, it is also a certified class two medical device and available on prescription with the UK’s NHS — the latter being a deliberate move on Boler’s part to increase access to the product. “If you give women the tools to solve their problems, they’ll come to you. Especially as people today are taking more control of their health issues,” she says.

The team then moved on to rethinking the breast pump, a product that had seen very little innovation for decades. “All technology is badly designed for women, but nothing [was] as bad as the breast pump category,” says Boler. The pumps on the market before Elvie launched its first pump in 2018, “resembled what farmers use on cows: they were large, with a loud motor that had to be plugged into a wall”.

The Elvie pump can be used unobtrusively by women while they are at work, whether at meetings in an office environment or elsewhere. “We’ve had female pilots say they pump milk while flying planes, which brings quite an empowering message. It’s like: ‘Look at me, I can do all of this really cool stuff while producing milk for my baby’,” says Boler.

Elvie Stride, the company’s latest smart breast pump, was launched in the US this month, where 80 per cent of breast pump sales come through the health insurance market.

Before founding Elvie, Boler spent 15 years working for the UN and global NGOs, including a role as global director of research and innovation at Marie Stopes International, which provides contraception and safe abortion services. “I’ve always been passionate about driving change in society, especially around neglected and taboo issues,” she says.

“You’re never going to get people talking or changing their behaviour if such negative connotations are attached to health issues.”

The author is Germany correspondent for Sifted

Who is your leadership hero?

My father was a serial entrepreneur, and he always pushed me to believe I could do anything. He would frequently remind me of William Pitt the Younger who became prime minister at 24, and said, “Tania, of course, you can do this”. While this irritated me at the time, his support has always pushed me beyond my comfort zone and encouraged me to set my ambitions high.

As far as public figures go, I’ve always admired Cindy Gallop [former advertising executive and founder of the MakeLoveNotPorn campaign] for her candid speech and her relentlessness in her ambition to change the world.

If you were not a CEO/leader, what would you be?

Had I stayed on the path of working in the charity and NGO sector, I would pursue my ambition of being the CEO of Oxfam. It has been making a difference for decades, which I witnessed first-hand during my time in Africa. I strongly align with its belief that fighting poverty is synonymous with fighting injustice.

What was the first leadership lesson you learnt?

Don’t be afraid to hire people who are smarter than you!

My business partner encouraged this from the very beginning, and we hired top engineers from the word “go”. Finding the right people to build out your team is key to success. And as you scale, it’s the most important thing. You need to surround yourself with people who believe in the mission as much as you do, and are best at doing the jobs you need