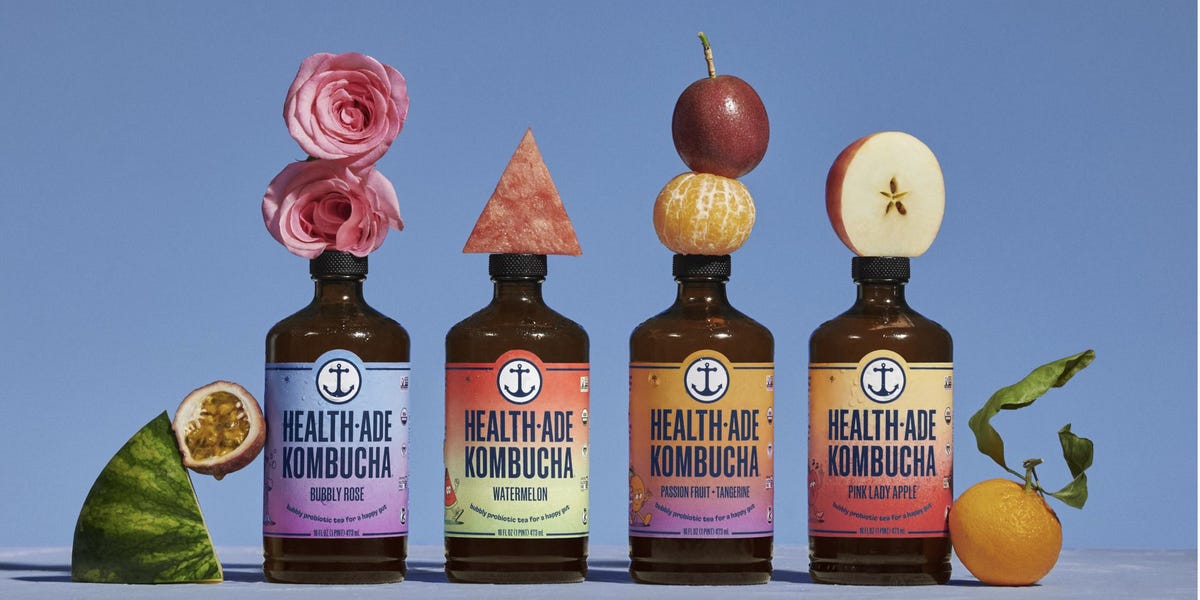 But Trout, who cofounded Health-Ade in 2012, isn’t looking to a multinational beverage maker for guidance as she grows the brand. Instead, she just struck a deal with two of her longtime investors.

On Monday, Health-Ade announced that the investment firms First Bev and Manna Tree Partners acquired a controlling stake in the kombucha brand. First Bev made its initial investment in Health-Ade in 2013 after Trout started selling kombucha at a Southern California farmers market. Manna Tree, another investor in food and beverage brands, is backed by Ellie Rubenstein, the daughter of the Carlyle Group founder David Rubenstein.

Under the deal, Trout transition from CEO to chief mission officer, while Jack Belsito, a First Bev managing partner, will take over the top job.

Many founders behind startup food and beverage brands dream of striking a deal with Coke, PepsiCo, Mondelez, or another giant in consumer packaged goods. But Health-Ade is joining an emerging list of brands pursuing more creative ways of expanding, such as joining with a holding company, tying up with a special-purpose acquisition company, or filing for an initial public offering.

Besides Coke, Health-Ade’s investors over the years have included Cavu Venture Partners, which has backed a variety of emerging better-for-you food and beverage brands.

“Coke and Cavu have been awesome partners along the way,” Trout said. Still, she said she envisioned Health-Ade becoming “an ultimate big brand” by working with a smaller but more dedicated base of investors instead of selling to one of the multinationals.

“It just made sense, I think, given Coke’s recent energy to move away from venture,” she said. In May, Insider reported that Coca-Cola’s venture arm had shrunk to as few as three people, which signaled that its once vibrant hub for emerging drink brands had begun to play a less important role at the company.

“It felt time to remove that tether and focus in on this long-term haul we feel very excited about,” she added.

In addition to money, First Bev and Manna Tree are strategizing ideas on how to grow the business. Belsito, whose previous jobs include overseeing distribution for Snapple and being the CEO of the water brand Voss, said he saw an opportunity to take Health-Ade to the next level.

Belsito told Insider that the brand planned to ramp up marketing spending to attract customers unfamiliar with the brand. He’s also interested in expanding the brand internationally.

“As people learn more about the category, about the benefits of Health-Ade and the taste of Health-Ade, we think that should lead to tremendous opportunity for us here,” Belsito said.

New products are also on the table. In July, Health-Ade debuted a prebiotic soda line called Pop. Unlike traditional Health-Ade, which is packaged in brown glass bottles and needs to be refrigerated, Pop is sold in aluminum cans at room temperature — attributes that set it up to compete with sugary soda, Trout told Insider.

Health-Ade also has a chance to make other kinds of products going forward, Ross Iverson, the chief investment officer at Manna Tree, said. While the gut-health benefits of kombucha have been a key part of Trout’s pitch for the brand, Iverson pointed to other health-related products Health-Ade could pursue, such as beverages designed for older people or mothers as they recover from childbirth — a play in what the industry calls “functional beverages.”

“Health-Ade is such a strong brand that they could really go for the application space, so long as there’s good science to back it up,” he said.

While Manna Tree previously made only minority investments in food and beverage brands, Iverson said Health-Ade stood out because of how developed it was. The brand’s annual sales total about $200 million, and it already has strong distribution channels around the US.

That’s more appealing to Manna Tree than a smaller brand that needs more investment just to get up and running, Iverson said. Health-Ade’s maturity also gives Manna Tree multiple exit strategies, including selling the brand to a bigger player or taking it public in partnership with First Bev.