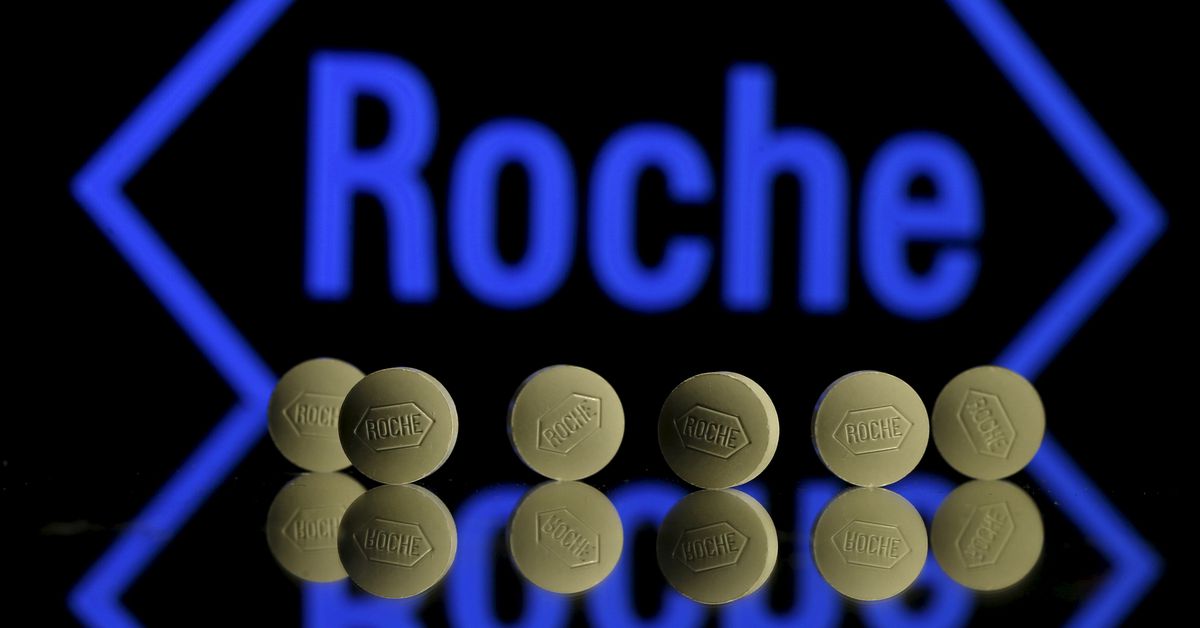 Roche tablets are seen positioned in front of a displayed Roche logo in this photo illustration shot January 22, 2016.

LONDON, Aug 4 (Reuters Breakingviews) – SoftBank (9984.T) may be hunting for tech treasure in pharma colossus Roche (ROG.S). The Japanese investor has amassed a $5 billion stake in the $342 billion Swiss drugmaker, according to Bloomberg. Its appeal lies in Roche’s increasing use of sophisticated data analysis to find drugs in its Genentech unit, Bloomberg says.

Using machine learning and other tools could help pharma companies find new drugs and strip out costs. Yet it’s a crowded sector, and still small: some 90 corporations including Roche, Pfizer (PFE.N) and Alphabet (GOOGL.O) subsidiary DeepMind shared some $473 million of revenue in 2019, according to Grand View Research. Big data could even be a threat to drugmakers. Clinical trials may become more sophisticated, allowing governments and healthcare providers to see the real value of drugs. Roche is currently valued on 18 times its forward earnings, versus peers that are on 14 times, according to Refinitiv. The Swiss group has many virtues, including a world leading cancer franchise, but value is not one of them. (By Aimee Donnellan)

Stellantis CEO lives up to his reputation read more

Reuters Breakingviews is the world’s leading source of agenda-setting financial insight. As the Reuters brand for financial commentary, we dissect the big business and economic stories as they break around the world every day. A global team of about 30 correspondents in New York, London, Hong Kong and other major cities provides expert analysis in real time.