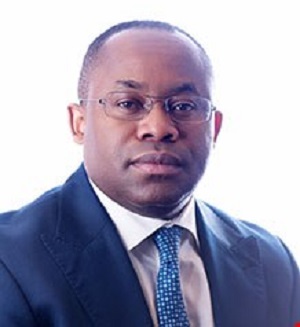 The National Sovereign Investment Authority (NSIA) yesterday said it has plans to raise and invest over $200 million dollars in the Nigerian health sector.

According to him, the investment is targeted to at injecting major investments in pharmaceutical infrastructure, including manufacture of essential drugs, vaccines and construction of cancer centers in the nation’s healthcare sector.

He also explained that the investment plan is being made in order to break the nation’s huge dependence on foreign logistics.

He said plans are on to raise the said amount in collaboration with some interested investors, as he expressed optimism that something unique would be done this year.

“NSIA, we can sponsor, we can co-develop and we can just invest. We are looking at all three options; the more difficult ones, we will do ourselves and the easier ones we will look at some companies that already have existing infrastructure and work with them.

“Some of these infrastructure are just so archaic and so far behind and it is better to just build them brand new, like we did with the Cancer center in Lagos University Teaching Hospital, we just demolished it and started afresh. So these are all things we need to do but we have established the fact that it is important, we will do that and I am certain we will complete something in healthcare this year.

“We are trying to raise a $200 million fund; not just us, there are other investors that have indicate interest so the documentation for getting the third party funds is ongoing,” Orji said.

He said that so far, the NSIA has been able to do three major things in the health sector through its Healthcare Investment Company.

“There are three things we have done in healthcare. First of all, the NSIA has a Healthcare Investment Company, through which we initially wanted to tackle all the challenges in the health sector but we realized that if you take it all at once, you are probably not going to succeed.

“So, we decided to do two things, first of all, you showcase an area that is of interest to Nigerians and we took cancer and we went to Lagos University Teaching Hospital (LUTH) and said can we take over your cancer center and rebuild it? Secondly, we now built two world class diagnostic and radiology centers in Kano and Umuahia.

“I am happy to report that those centers have been successful. Initially we hired a management team from South Africa, it didn’t work, we fired them and built our own management team.  At the moment all these are working well; the health company, LUTH cancer center and the diagnostic centers,” Orji said.

The NSIA Chief Executive Officer also announced that the organization will soon build 20 cancer centers across the country.

On other areas that the NSIA is intervening, he listed the Lagos-Ibadan and the Abuja-Kaduna-Kano expressways as well as the second Niger bridge as the main interventions of the Muhammadu Buhari-led administration.

He emphasised that all projects carried out by the NSIA are the President’s legacy projects and the inauguration of many of them would be done next year.

According to him, the Lagos-Shagamu stretch of the Lagos-Ibadan Highway is about 70% completed and should be delivered by July 2022, adding that the cost of construction of the entire 127 kilometer stands at around N311 billion.

“In terms of the footprints of our investment through the Presidential Infrastructure Development Fund (PIDF), these are the President’s legacy projects and we are just there as mangers of those projects.

“The PIDF was set up in 2018 with an objective of attacking certain areas where we have been stuck as a country. There were some projects that have been on the drawing board for 40 or 50 years, no movement. So, the President decided to isolate them form the current process and create a new funding mechanism to make those projects move faster.

“Second Niger Bridge for example, has been on the drawing board since 1976 and there was no movement on that project until the PIDF was effectively set up; Lagos-Ibadan expressway faced a similar type of circumstances; Abuja-Kaduna-Kano Road, these are project that have been stuck, Mambila hydro power project us also there, everybody knows that we need to re do them to make sur that we drive economic activity a bit more effectively.

“So PIDF was set up as a mechanism that creates a vehicle that takes government contribution, NSIA’s contribution and opens the door for investors to come in as a way to make sure we finish these roads on time and the progress has been quite impressive,” Orji said.

He said the NSIA will manage a tolling system on major highways across the country, including the ongoing Lagos-Ibadan Expressway when concessioning arrangements are completed, explaining that the new arrangement is to enable government get appropriate value for investments made on road projects.