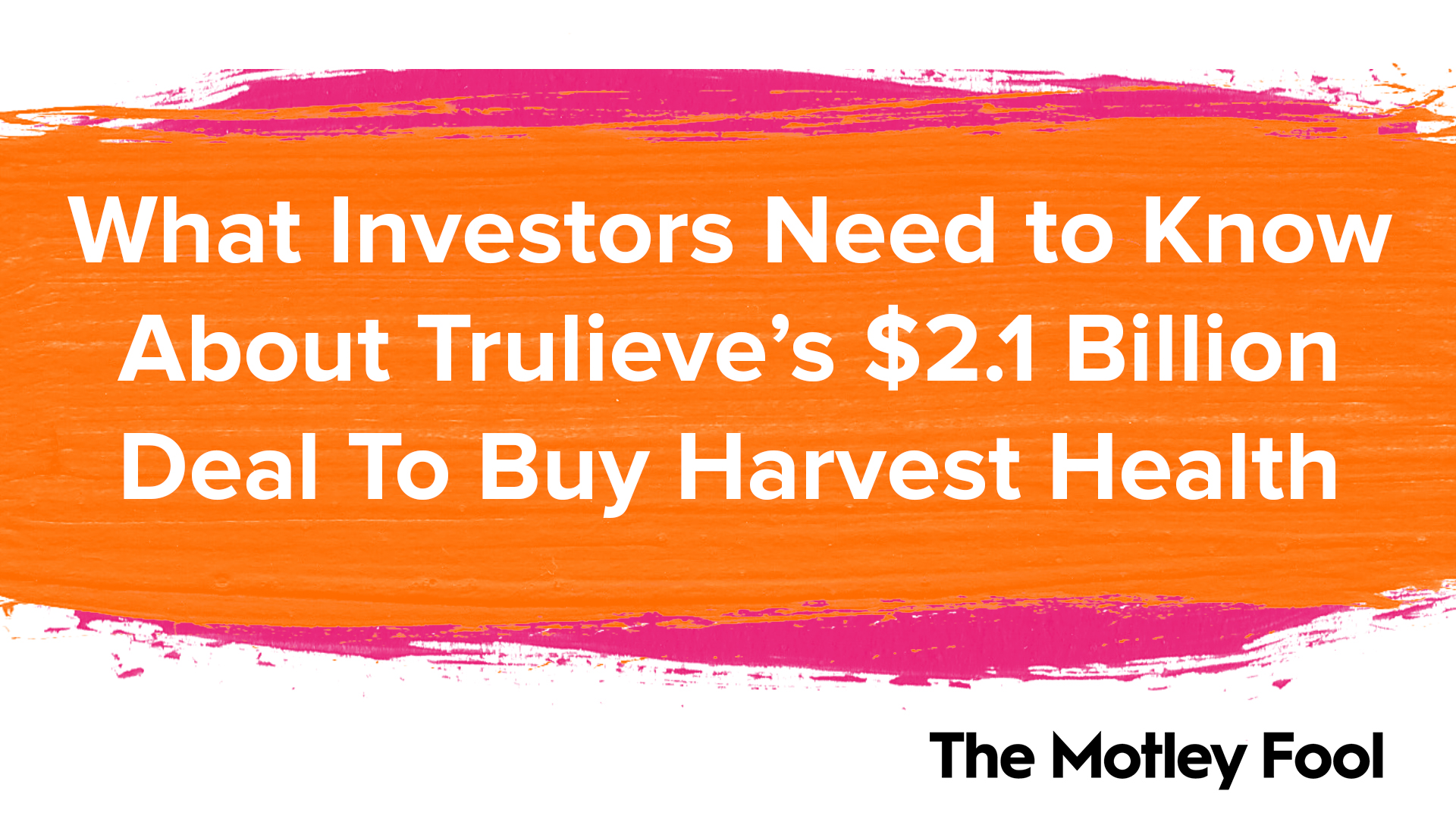 For the cannabis industry, 2021 has been a year of mergers and acquisitions. The latest headline-grabbing deal occurred in May, with Trulieve Cannabis (OTC:TCNNF) announcing it is to acquire fellow multi-state operator (MSO) Harvest Health & Recreation (OTC:HRVSF) for a cool $2.1 billion.

In this segment from Motley Fool Live, recorded on May 21, longtime Fool contributor Eric Volkman discusses the key points of the deal with healthcare and cannabis bureau chief Corinne Cardina. He also gazes into the crystal ball to discern Trulieve’s future.

Corinne Cardina: Trulieve actually announced this week that they are acquiring Harvest Health and Recreation. The company is calling this the largest U.S. cannabis transaction, and says it will create the most profitable multi-state operator, according to the press release.

What are the highlights of what investors should know about Trulieve buying Harvest Health?

Eric Volkman: Okay. It’s an all-stock deal for which they’re spending around $2.1 billion. That’s nice because investors like when companies aren’t reaching into their coffers to get out the green stuff to pay.

It is a lot of stock. Each Harvest share… they’re going to get a certain amount of Trulieve stock for that. At the moment, the ratio values each Harvest share at $4.52, which is actually a decent bid, around 10% above the current level of $4.11. I think for investors there might be an arbitrage opportunity there.

Of course, a lot of things depend on how the deal develops between now and closing. But for the moment, that could be an attractive play.

The combined company, in terms of operations, is going to be active in 11 states. At the moment, it’s actually quite a complementary acquisition in terms of geography. The two companies, out of those 11 states only overlap in three of them. In two of them, they’re kind of tertiary states for both. The overlaps are in California, Pennsylvania, and Trulieve’s stronghold of Florida.

All told are across those 11 states, they will upgrade 126 dispensaries. That’s a big number. That makes them a major player — if not the major player, depending on how you look at it — what the concentration is in each state. The key thing to know is that by doing that, Trulieve is essentially going clear across the country for this acquisition.

Like I say, Trulieve is based in Florida. Harvest has their core and most of their dispensaries in Arizona. Basically like it’s a Southeast/Southwest play. It gives Trulieve a nice anchor in both [regions], which makes it interesting and makes [the deal] a compelling acquisition just purely for that. Trulieve is going to at a stroke — once the deal closes, and I think it will — be bi-coastal.

And presumably from those strongholds in the Southeast (Florida), Southwest (Arizona), they can build out from that into the neighboring markets. Particularly the West, because the West generally is more liberal in terms of legalization. You have longer established, more vibrant recreational markets and you have more of them.

So it’s a good move. It’s definitely a good move for both. It expands Trulieve’s reach very admirably. The combined company has a lot of potential, I believe.