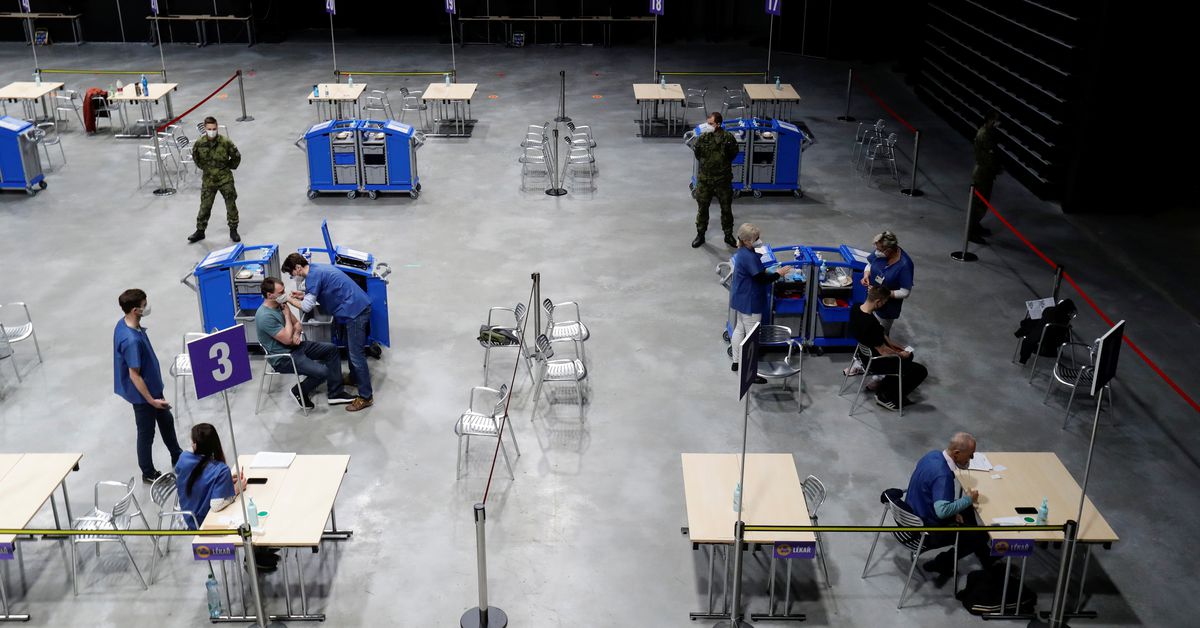 In the race to supply vaccines to end the COVID-19 pandemic, U.S. drug developer Novavax turned to emerging Europe to speed up production with a pair of deals that endorsed a growing trend for consolidation in the region.

As part of a doubling in merger activity, buoyed by a combination of private equity and big pharma, Novavax (NVAX.O) bought the Praha Vaccines factory near Prague in a $167 million transaction last May. It followed up by partnering with Polish biotech company Mabion (MABP.WA) in March. read more

Novavax decided the Praha Vaccines factory in Bohumil, Czech Republic, was the best solution to expanding vaccine production in Europe, spokeswoman Laura Keenan said, adding: “Talent in the region was a key consideration.”

The pharmaceutical industry focused around Czech Republic, Hungary and Poland is dwarfed by that of nearby Germany, but industry insiders and analysts see scope for growth based on moderate costs and an expectation of higher healthcare spending, as well as a scientifically educated workforce.

For private equity, there is the lure of high returns, while big pharma can reduce costs by buying growing firms that have carried out large amounts of research and the location in the European Union means widely recognised standards are met.

The total value of inbound deals with disclosed value in the healthcare and pharmaceuticals industry in central and eastern Europe doubled to 1.9 billion euros ($2.31 billion) in 2020 from 932 million euros a year earlier, a report from consultancy Mergermarket and Mazars found.

“Even without COVID-19, the region’s demographic and economic trends point towards activity in the sector,” the report said.

“As the population ages and incomes rise, investors will continue to see a clear upside in consolidating the industry to cut cost and gain scale.”

A focal point of the activity has been Zentiva (ROSCD.BX), a Czech company that traces its roots back to a medieval Prague pharmacy and last year acquired Alvogen’s central European business for undisclosed terms from private equity firm CVC Capital Partners.

“For sure, consolidation in our region is inevitable,” said Krzysztof Krawczyk, a partner at CVC.

For the drug companies, small innovators are of particular appeal.

“It is easier for companies with strong shares in mainstream market segments to buy an innovative biotechnology company and thus skip the research and development phase and quickly expand their product range,” Krawczyk said.

Adam Pietruszkiewicz, a board member at Mabion, and also a partner at private investment company Twiti Investments, took a similar view.

“Most likely, the more of these companies and start-ups that appear, the more transactions there will be,” Pietruszkiewicz said.

Selvita based in Krakow, southern Poland, completed its first international acquisition in January with a $38 million deal for Croatian Fidelta – owned by Belgium’s Galapagos (GLPG.AS) in January.

Although Selvita has drawn investor interest, it plans to remain a buyer rather than seller, executive vice president Milosz Gruca said.

He too predicted a combination of bigger drug companies and private funds would step up the pace of acquisitions of emerging companies.

“We have many new, young and successful innovative companies, which are shaping the new perspective for the CEE region and the way it is seen by investors,” Gruca told Reuters.

“Big pharma companies are interested in the programmes these smaller firms are bringing to the market. These companies will also be subject to potential acquisitions or partnering deals.”

So far, Sanofi’s (SASY.PA) 1.9 billion euro sale of Zentiva to U.S. private equity group Advent in 2018 is one of the biggest deals in the region.

Since then Zentiva has made two more acquisitions in emerging Europe and is scouring the region for others as it builds up its branded generics business, the director for the company’s CEE business Hacho Hatchikian told Reuters.

He said Zentiva was targeting late-stage assets and openly exploring all options in biosimilars, or cheaper versions of biologic drugs made from living organisims.

The value of drugs sold in the 38.5 billion-euro German market is still more than three times that in the Czech, Hungarian and Polish markets combined, figures from the European Federation of Pharmaceutical Industries and Associations show.

But the gap is expected to narrow as healthcare standards in eastern Europe converge with those of the West.

“The CEE markets provide a significant growth prospect as they follow a clear convergence trajectory to the Western European (and U.S.) standards both in treatment options and healthcare spending,” Zentiva’s Hatchikian said.