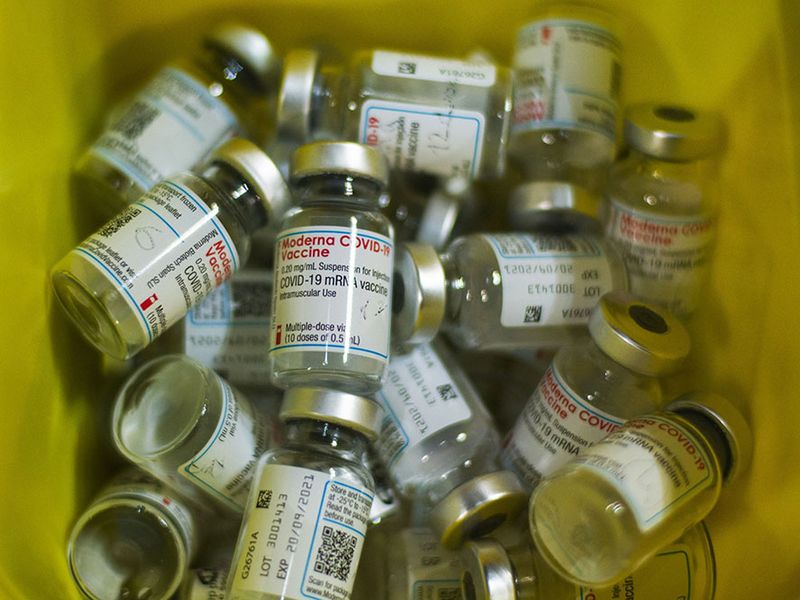 Boosters within Michigan’s biotechnology and pharmaceutical space are less than thrilled with a Biden administration proposal to effectively waive the patent protections on COVID-19 vaccines.

While acknowledging the moral need to help the developing world inoculate their populations, the federal proposal to suspend intellectual property protections from companies like Pfizer Inc. and Moderna Inc. is fraught with problems, biotech investors and other industry stakeholders say.

Put simply, the idea is unlikely to achieve the goal of actually vaccinating the world in a quick period of time, while also undercutting the profit-seeking motivation that allowed for the companies to develop the highly effective vaccines in just months, they say.

“This really raises a colossal number of issues at the government level, at the (legal) level,” said Stephen Rapundalo, president and CEO of MichBio, an Ann Arbor-based trade group for the state’s biotechnology and pharmaceutical sectors.

The move by the Biden administration, he said, is sure to ignite legal challenges and a spree of lobbying.

“And none of this is going to get sorted out any time soon,” Rapundalo added. “Certainly not to have a really meaningful impact on the whole point of this, which is to get the world’s population vaccinated in a timely manner.”

The Biden administration on Wednesday joined calls for more sharing of the technology behind COVID-19 vaccines to help speed the end of the pandemic, a shift that puts the U.S. alongside many in the developing world who want rich countries to do more to get doses to the needy.

U.S. Trade Representative Katherine Tai announced the government’s position amid World Trade Organization talks about a possible temporary waiver of its protections that would allow more manufacturers to produce the life-saving vaccines.

“The Administration believes strongly in intellectual property protections, but in service of ending this pandemic, supports the waiver of those protections for COVID-19 vaccines,” Tai said in a statement.

She cautioned that it would take time to reach the required global “consensus” to waive the protections under WTO rules, and U.S. officials said it would not have an immediate effect on the global supply of COVID-19 shots.

Vaccines in general are hardly favorites of pharma companies and those who invest in them, said Chris Rizik, CEO and fund manager of Renaissance Venture Capital in Ann Arbor.

“The big concern is changing the rules midstream like this may have a chilling effect on future vaccine creation,” Rizik told Crain’s in an interview Thursday.

“Vaccines have traditionally not been very profitable, and we’ve seen in many cases it was difficult to get pharmaceutical companies to create vaccines because it wasn’t profitable. This time we, fortunately, had several companies step up. But if their IP protection is taken away, my concern is the next time we have (a pandemic), that we’re not going to have people step up and throw the incredible amount of resources that these companies threw in (to developing the vaccines) because they’re fearful that their intellectual property will be taken away.”

Rizik’s VC fund, which primarily invests in other funds as opposed to directly into startup companies, played an indirect role in the creation of Moderna, as Crain’s has reported. Long before the pharmaceutical company had an approved COVID-19 vaccine, Renaissance Venture Capital invested $4 million into Flagship Pioneering, the fund that would go on to launch Moderna.

Rizik, who has told Crain’s he was hoping for a “moonshot” with the investment, said the announcement by the federal government that it will move to wave IP protections is unlikely to have any significant implications for the fund’s investment. He acknowledged that the fund still holds some Moderna stock.

Moderna stock (NASDAQ: MRNA) took a substantial hit early Thursday after the announcement by the Biden administration, but staged a comeback and closed down 1.44 percent for the day, with a share trading at more than $160.

Jim Adox, managing partner in the Ann Arbor office of health care-focused venture capital firm Venture Investors, told Crain’s he understood the “moral need” to do something to help countries like India where COVID-19 is raging. However, waiving patent protection and giving away company trade secrets is the wrong way to address the issue, he said.

Rather, Adox said, he pushed for the federal government to greenlight the Defense Production Act, “the primary source of presidential authorities to expedite and expand the supply of materials and services from the U.S. industrial base needed to promote the national defense.”

Adox and other local industry executives are hardly alone in expressing concern about the Biden proposal.

“A waiver is the simple but the wrong answer to what is a complex problem,” the International Federation of Pharmaceutical Manufacturers and Associations said. “Waiving patents of COVID-19 vaccines will not increase production nor provide practical solutions needed to battle this global health crisis.”

Intellectual property law expert Shyam Balganesh, a professor at Columbia University, said a waiver would only go so far because of bottlenecks in the manufacturing and distribution of vaccines.

Backers of the waiver say that expanded production by the big pharmaceutical companies and donations from richer countries to poor ones won’t be enough, and that there are manufacturers standing by that could make the vaccines if given the blueprints.

Just more than 20 million vaccine doses have been administered across the African continent, which has 1.3 billion people.

There is precedent: In 2003, WTO members agreed to waive patent rights and allow poorer countries to import generic treatments for the AIDS virus, malaria and tuberculosis.

“We believe that when the history of this pandemic is written, history will remember the move by the U.S. government as doing the right thing at the right time,” Africa CDC Director John Nkengasong said.

Closer to home, Rapundalo with MichBio echoed Rizik’s sentiments that the move by the president could leave a chilling effect in a place like Ann Arbor, a hot bed for biotech and pharma startups.

Innovation in the space, he said, largely comes from the startups, as opposed to coming from the Pfizers of the world.

“Ann Arbor is a good example. Those are pre-market companies. They don’t have profits that they’re realizing,” Rapundalo said. “The intellectual property is at the heart of who they are and what they have. That’s the only thing they have that’s bankable. If they can’t rely on intellectual property protection, then that completely undermines their very existence.”

— The Associated Press contributed to this report