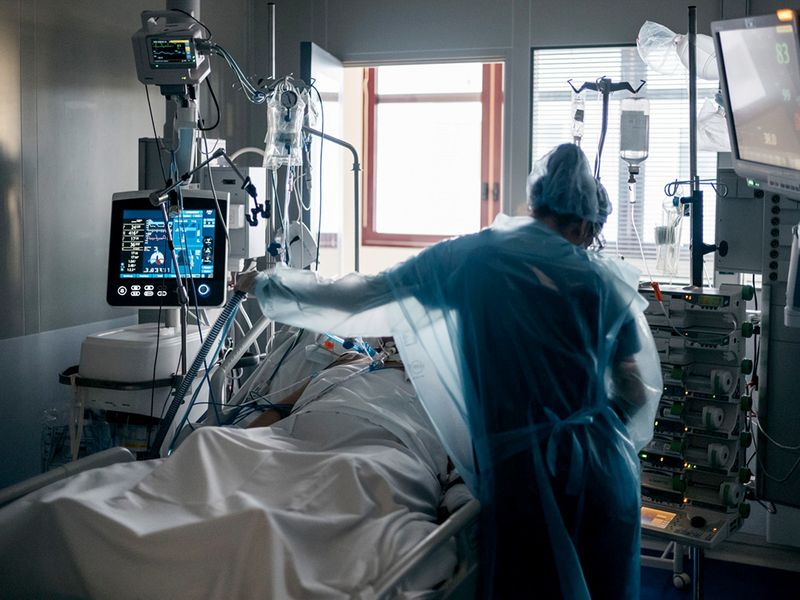 Health care is too large a part of the economy for private equity investors to ignore, but a burning spotlight on how managers run some hospitals and nursing homes is prompting a few asset owners that generally prefer to quietly engage with general partners to speak up.

Demand for health care is rising: In the U.S., health-care spending grew 4.6% to $3.8 trillion in 2019, amounting to 17.7% of gross domestic product, according to the Centers for Medicare & Medicaid Services.

At the end of the first quarter, private equity firms had invested $20.2 billion in 182 deals.

However, academic studies are starting to show that certain investments in the private equity health-care universe, including investments in hospitals, nursing homes and behavioral health companies, have been detrimental to patient well-being, according to testimony at a March 25 House Ways and Means Subcommittee on Oversight on private equity’s expanded role in the U.S. health-care system.

“Research on private equity has found that in sectors where product quality is transparent, markets are competitive, and there is no government subsidy, private equity has positive effects on productivity and product quality,” Sabrina T. Howell, assistant professor of finance at New York University Stern School of Business, testified. “However, health care has none of these features.”

Testimony highlighted other potential issues at private equity-backed health-care companies, including billing fraud allegations and dividend recapitalizations in which portfolio companies take on more debt to pay dividends to the private equity funds that made the investments. Ms. Howell said dividend recapitalizations create early cash flows for investors but can weaken companies with added debt.

However, the practice “put those companies at risk for restructuring, bankruptcy or cost-cutting to make up the interest payments and pay off debt,” Eileen O’Grady, health-care coordinator of non-profit Private Equity Stakeholder Project, told the subcommittee.

One such company is Prospect Medical Holdings Inc., a chain of hospitals primarily serving low-income patients, which is a portfolio company of private equity firm Leonard Green & Partners’ fund, Green Equity Investors V LP. During its ownership of the chain, the fund has taken dividend recapitalizations, including a $460 million dividend in 2020 when the company reported a $244 million net loss, Ms. O’Grady testified. Several Prospect hospitals have some of the lowest quality ratings from the Centers for Medicare & Medicaid Services, she added.

One of Green Equity Investors V investors, the $32 billion New Mexico State Investment Council, Santa Fe, has been looking into the matter since 2020, said Charles Wollmann, spokesman, in an email.

At a February meeting, members of the New Mexico State Investment Council voiced concerns with Green’s management of Prospect Medical, a recording of the meeting shows.

Debbie Romero, secretary of the New Mexico Department of Finance and Administration, said: “For us to do nothing is to accept potentially bad behavior.”

New Mexico State Investment Council has committed a total of $205 million to Leonard Green funds. Green Equity Investors V earned 21% IRR as of Sept. 30, according to a private equity report in February to the council from its private equity consultant, Mercer LLC.

Land Commissioner Stephanie Garcia Richard, also a board member, added that investment council officials need “to look carefully at some of their (Green’s) policies about reinvesting dividends into their properties, especially at this time when that kind of medical access is critical for certain populations that are being hit hard by the pandemic.”

Since that meeting, council staff contacted Leonard Green and shared the firm’s responses with council members, Mr. Wollmann said. So far, there is no formal council action pending, he said.

Erika Spitzer, partner who leads capital raising, investor relations and limited partner co-investment at Leonard Green, could not be immediately reached for comment.

In a August letter to Leonard Green managing partner Jonathan Sokoloff, state Treasurer Seth Magaziner said officials were disappointed in the firm’s investment in Prospect Medical Holdings, in which it holds a controlling interest through the fund.

“Green Equity has extracted value from Prospect Medical hospitals, including St. Joseph’s Hospital and Our Lady of Fatima Hospital in Rhode Island, at the expense of patients and employees,” Mr. Magaziner wrote.

Prospect Medical’s issues under private equity ownership may not be an outlier. Another recent academic study revealed that private equity-backed hospitals have lower patient experience scores, and fewer full-time employees per patient than non-private equity hospitals.

The academic study, reported in the February edition of Annals of Internal Medicine, found that hospitals backed by private equity are more likely to be rural and/or located in lower-income neighborhoods. The study was conducted by Dan Zeltzer, assistant professor at Tel Aviv University School of Economics, and Zirui Song, assistant professor of health care policy and medicine at Harvard Medical School.

Testimony before the House Ways and Means Committee also mentioned Blackstone Group Inc.’s portfolio company Apria Healthcare Group Inc. In December, Apria paid $40.5 million to settle a fraud lawsuits brought against it by the U.S. attorney for the Southern District of New York and various states. The suits, filed in 2017, alleged that the medical equipment provider had submitted false claims to federal health programs including Medicare and Medicaid seeking reimbursement for the rental of non-invasive ventilators to patients who were not using them. Apria completed a dividend recapitalization the same month, Apria said in a Securities and Exchange Commission filing.

One of the investors in the Blackstone fund, the $21.7 billion Blackstone Capital Partners V LP, the $286.9 billion California State Teachers’ Retirement System, West Sacramento, is keeping an eye on the Apria investment as part of its overall portfolio review.

“Fraudulent business practices pose ESG risks for investors like CalSTRS,” said Vanessa Garcia, CalSTRS spokeswoman, in an emailed response to questions. “We monitor all of our holdings and are in regular contact with all investment managers as part of our normal course of business.”

Matthew Anderson, a Blackstone Group spokesman, said in an email that the firm has been an investor in Apria for 13 years, “helping the company through two global economic crises to a successful recent (2020) IPO.”

He added that Blackstone executives are “deeply committed to ensuring the health-care companies in which we invest have the support and capital they need to deliver exceptionally high-quality care to patients.”

What’s more, at the time of the dividend recapitalization, Apria had no debt and “extremely low leverage thereafter,” Mr. Anderson said. As of Dec. 31, Apria had net debt (debt minus cash) of about one times earnings before interest, taxes, depreciation, and amortization, an SEC filing shows.

An Apria spokeswoman in an email said that the company was pleased to have resolved the civil matter.

“Prior to becoming aware of the government’s interest in the matter in 2017, Apria had already made a number of changes to the (non-invasive ventilator) program’s processes and procedures relating to patient usage in the home,” she said.