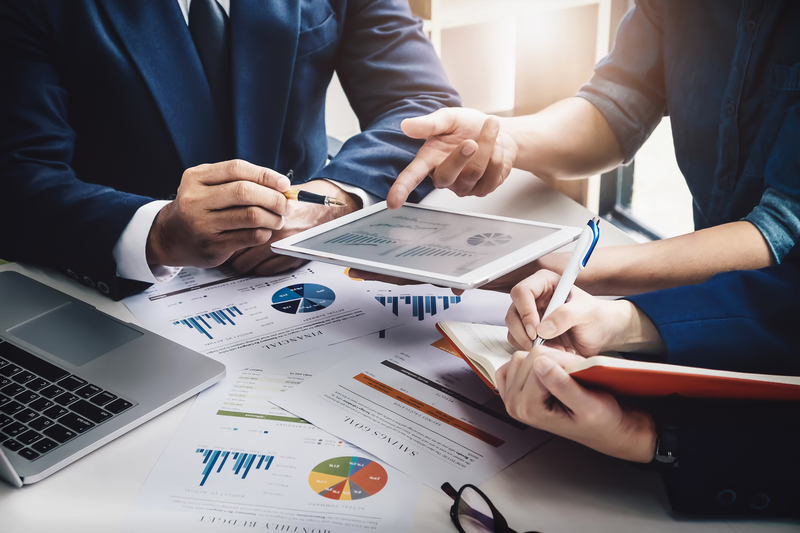 In the past year, the COVID-19 pandemic accelerated the shift to digital health and drove unprecedented investments in the health tech space. Three months into 2021 and the explosion of digital health funding shows no signs of abating.

In mid-March, four mega deals announced within 48 hours equated to a total of $805M in funding. Clarify Health, Unite Us, Strive Health, and Insitro’s fresh rounds represent a healthy proportion of the total funding raised so far this year, Rock Health reported.

While some analysts had predicted a pandemic-inspired decline in investments, 2021 is proving to be a wild year for really big venture investments, breaking records for funding totals and round counts, according to Crunchbase, a directory and database of company-related information.

Healthcare continues to be a hot category. Investors have put $4.1 billion to work across 24 supergiant health-related rounds this year, including at least 10 early-stage deals, with biotech dominating the list, Crunchbase reports.

All told the first quarter of 2021 is on track to close with more than double the number of mega-deals for digital health companies compared to Q1 and Q2 of 2020 combined, according to Rock Health.

So far this year, just 10 companies have raised nearly $2.6 billion. Check out the biggest money raisers in 2021, so far.

The New York City-based startup is rapidly scaling up its platform that includes online pharmacy services, telehealth and in-home care.

Ro launched three years ago selling erectile dysfunction medication and hair loss supplements to men. The company has since built out a telehealth company with three online health clinics, and now it wants to expand into remote monitoring for chronic conditions. It’s also venturing into the home-based healthcare market with its recent acquisition of software company Workpath.

The startup will use the newly raised capital to strengthen its vertically integrated primary care platform. Ro plans to expand its pharmacy distribution network, continue to enhance its proprietary electronic medical record—called the Ro collaborative care center—build new capabilities such as remote patient monitoring with integrated devices, and broaden into additional treatment areas.

The latest financing values Ro at a reported $5 billion.

AI-driven drug discovery company Insitro collected a mammoth funding round in March to carry forward its development efforts and Big Pharma partnerships with the likes of Gilead and Bristol Myers Squibb, FierceBiotech reported.

The company has raised $743 million to date.

The new proceeds will be used to further expand the company’s efforts and development pipeline, including potentially in-licensed assets explored in Insitro’s target and biomarker discovery work.

The company picked up Haystack last October, through an acquisition focused on building large chemical libraries encoded by DNA sequences, to further collect massive datasets of small molecules that could be turned into therapies.

With its latest $300 million funding round, Hinge Health is now one of the most valuable startups in digital health.

The company will use the fresh capital to expand the solution’s clinical capabilities with a focus on R&D as well as hiring medical staff and possibly expanding to new international markets,

Hinge Health has raised $426 million to date, according to Crunchbase.

The deal values Hinge Health at $3 billion, according to the company. The startup is eyeing a potential initial public offering in 2022.

Tech-enabled primary care startup Forward Health is growing rapidly, propelled by the shift to digital health and virtual care during the COVID-19 pandemic.

The quarter-billion in new financing will be used to rapidly expand Forward Health’s healthcare system nationwide, with several new locations slated to open in the first half of 2021. Forward Health will also use the funds to introduce new doctor-led programs focused on heart health, cancer detection, COVID-19, stress, anxiety and weight management, the company said.

Komodo Health plans to use the latest financing to build out its data analytics platform for healthcare and life sciences research.

The latest funding round propels Komodo Health to a $3.3 billion valuation, according to the company. Founded in 2014, Komodo has raised $314 million to data, Crunchbase reports.

Cedar launched in 2016 to modernize the medical billing process, and the rapid shift to digital technologies during the COVID-19 pandemic has driven skyrocketing demand for the company’s patient financial engagement technology.

The company now partners with more than 35 healthcare providers across the United States, including Yale-New Haven Health, Summit CityMD, Novant Health and ChristianaCare. Cedar says it now engaged with more than 300,000 patients a day

The latest funding round pushed the company’s valuation to $3.2 billion, according to executives. Cedar will use the new capital to fund its go-to-market strategy and to ramp up more partnerships with health systems.

The latest funding round comes on the heels of a $102 million Series C funding round back in June, led by venture capital firm Andreessen Horowitz. The company has raised $350 million in total funding to date.

Increase demand in at-home healthcare is boosting startups like DispatchHealth to new levels of growth.

DispatchHealth sends emergency-care-trained medical teams to patients’ homes armed with mobile blood-work labs, IV fluids, nebulizers and most of the standard equipment found in emergency rooms to diagnose and treat patients. The company currently serves 19 markets across 12 states and provided care to more than 170,000 patients in 2020.

The at-home health care startup officially reached unicorn status as the latest investment brings the company’s total funding to more than $417 million and raises its valuation to $1.7 billion, according to the company.

DispatchHealth will use the funding to expand its platform for in-home medical care to a total of 100 markets and ensure its advanced care line of service is widely available in the U.S.

Cityblock Health’s strategy to meet the complex health and social needs of underserved communities has attracted top investors since its founding in 2017.

The company, a healthcare provider for Medicaid and lower-income Medicare beneficiaries, just got a massive funding boost—to the tune of $192 million—on top of the $160 million Series C funding it had already raised in December.

Cityblock will use the newly-raised capital to accelerate deployment of its community and value-based care model nationwide, bringing desperately needed transformation to the most vulnerable and underserved communities across the country, the company said.

The Series C extension brings Cityblock’s total fundraising since its founding in 2017 to about $500 million. The company did not disclose its valuation. In December, the startup was valued at over $1 billion.

Incubated out of Alphabet’s Sidewalk Labs and anchored in a partnership with EmblemHealth, Cityblock was founded as a groundbreaking care model designed to meet the complex health and social needs of underserved communities. The company combines primary care, behavioral health and chronic disease management services that address social determinants like transportation, housing and access to healthy food.

Employer-focused startup Lyra Health has raised half a billion, or $462 million, to date as it looks to expand its digital mental health services and bring more technology to its platform.

The company will use the latest $187 million cash infusion to grow its services and bring more technology to its platform. The company offers an array of in-person and remote behavioral therapy that helps remove barriers to accessing high-quality mental health care

The Burlingame, California-based company, which provides mental health benefits for large employers, has more than doubled its customer base in 2020 and extended its services to support more than 2 million members.

Lyra Health landed a series C financing round of $75 million back in March 2020 and then an additional $110 million series D funding round in August, which propelled Lyra to unicorn status as its valuation hit $1 billion.

Health technology company Color launched in 2015 with a focus on gene testing and precision genomics. The company has expanded its capabilities to focus on improving key health infrastructure systems across the U.S.— including those related to the “last-mile” delivery of COVID-19 vaccines.

Color will use the $167 million in new funding to expand its work building public health technology and infrastructure for governments, employers, and other institutions that serve large populations, executives said.

“We are building the rails for a national technology-based public health infrastructure,” said Color CEO Othman Laraki in a statement.

The San Francisco-based company is now valued at $1.5 billion. Color has raised $278 million in total financing to date.