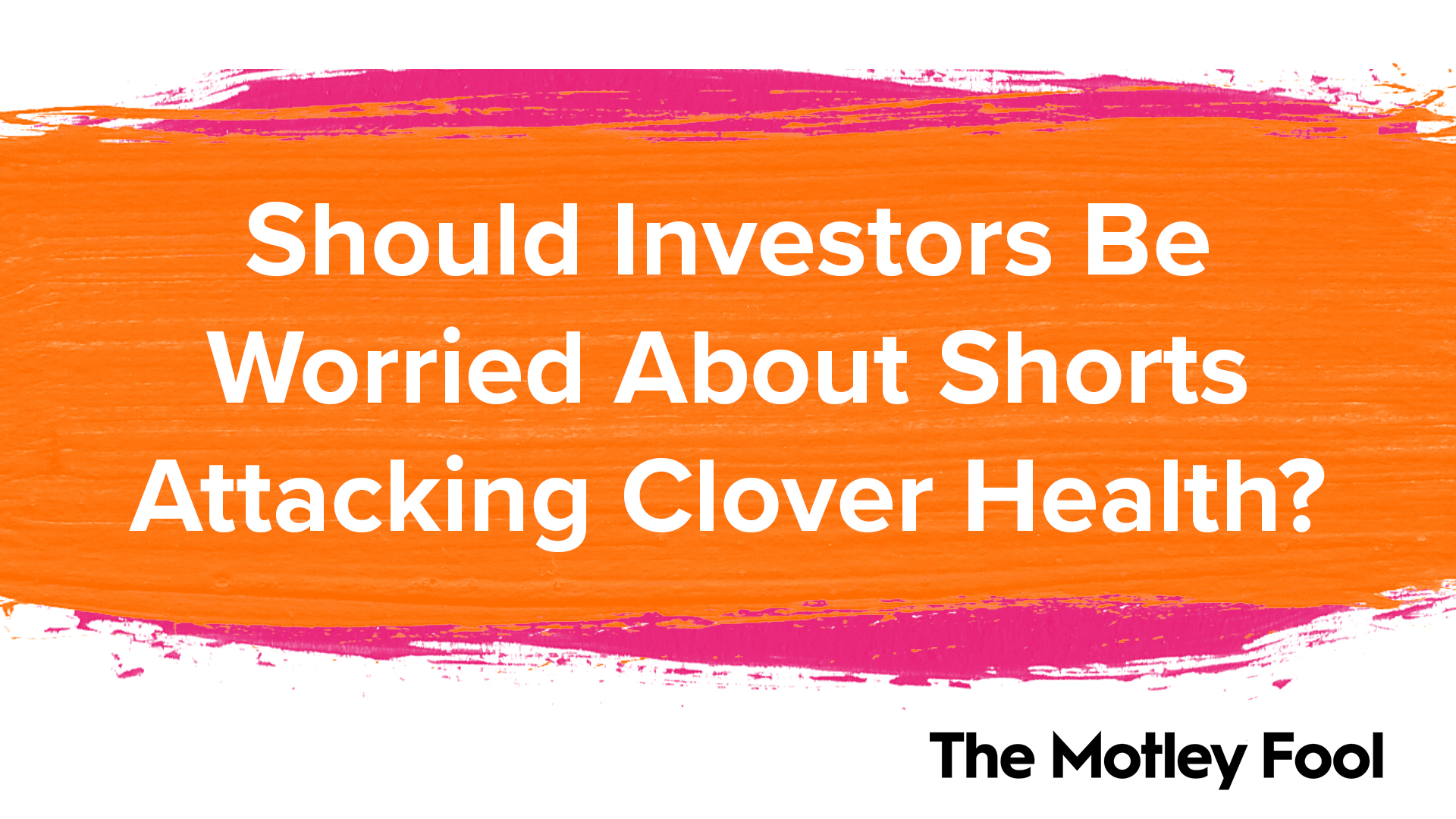 Clover Health Investments (NASDAQ:CLOV) recently came under attack by short investors claiming the company was in hot water with the Department of Justice. In this video from Motley Fool Live, recorded on Feb. 8, Fool.com contributors Brian Orelli and Keith Speights go over the claims. They also go over the company’s response to the short attacks and whether these reports from shorts are really helpful for investors.

Brian Orelli: Moving onto Clover Health Investments. They came under a short attack by the aptly named Hindenburg Research last week, we should probably start off the conversation by saying that Clover is a Fool recommendation and neither one of us is part of the teams that picked the company, although we’ve both written articles about it for Fool.com or the premium recommendations. We have a pretty good understanding of the company and what’s going on here. Do you want to go through Hindenburg’s main allegations and then I will take the company responding — I’ll take those?

Keith Speights: Yeah. Hindenburg Research came out with a very long online report, that essentially lambasted Clover Health, and so the allegations can be summarized in a handful of points. First of all, Hindenburg said that Clover did not disclose that it’s under investigation by the U.S. Department of Justice. There is a civil investigative demand, or CID, from the DOJ. Those are kind of like subpoenas, that’s one way to look at it. The DOJ has asked for information, some testimony about alleged improperly induced patient referrals for services paid for by Medicare, that was one of the allegations.

Maybe the most concerning allegation was that they said that the company has paid for physicians’ office staff to refer seniors to Clover’s Medicare Advantage plans. That’s totally illegal, if anybody did that. That’s the allegation.

Then the final one had to do with Clover Health’s software, Clover Assistant, which is one of the things they really tout, and Hindenburg said that the software deceives the healthcare system, and poses a significant regulatory risk. In particular, they said that the Clover Assistant software makes it to where physicians won’t remove old diagnoses, and when they don’t do that, then it makes the patient look sicker and Medicare pays more for any services rendered. That’s the allegations in a nutshell, Brian.

Orelli: Then the company responded. They did admit that there was a DOJ inquiry. They basically seem to think that it was just a routine inquiry, I guess that’s the way they put it. The basic argument is that, it happens all the time, there wasn’t any reason to disclose it. [laughs] When I talk to lawyers it seems they want to disclose everything under the sun, even things that aren’t that big of a deal.

Speights: I looked into that a little bit. To their credit, Clover Health is right. There’s a lot of wiggle room in what the SEC requires in terms of disclosures. There is a lot of gray area there, and so it does appear that companies can choose what to disclose and what not to disclose. Some companies get it right out in public, others want to wait and see if anything becomes of it. Because, like I said, a CID is very similar to a subpoena. Personally, I think transparency is the way to go for any company, but from what I’ve gathered, it looks like Clover Health at least has some discretion on what they do or do not disclose, in their IPO filings here.

Orelli: The SEC is investigating them, but we’ll see. Like you said there is wiggle room there. On the Seek Insurance, the company argues that it’s an affiliate, and endeavors to offer 80% of available plans in the markets that Clover’s in, so it’s not just referring patients to just Clover. Then Clover was the fourth in a list of insurance plans by sales that they recommended. They definitely are recommending other Medicare Advantage plans beyond Clover’s plans.

There was the issue with the head of sales or whatever it was that owned one of the companies and then it got moved to the wife. They talked about how he had chronic kidney disease, so she was set up to take over if there was a problem with his health. He’s getting better. Then Clover Assistant, they say it doesn’t affect payments to the doctor, so there’s no incentive for the doctors to not put in the correct diagnosis. They get paid the same way.

On the kickbacks, what you mentioned was pretty much the biggest issue because it seems it’s the most illegal of the allegations. They say they hadn’t given away any gift cards, but unless I missed it, they didn’t address the rest of the allegations, which seemed a little weird considering how long their piece was about trying to address each and every point.

Speights: I think that’s by far the biggest issue. I think, investors should just take a wait-and-see attitude, a lot of times CIDs fizzle out, because there’s just nothing there, sometimes they do become something. The company is saying, no, we’re on the up and up, we just have to wait and see. Interestingly, in this situation though, Brian, Hindenburg Research is a noted short-seller, they maintain that in this case they don’t have a short position or any position in Clover Health at all, which is unusual but I think what we’re seeing is the aftermath from all of the Reddit fueled short squeezes, that kind of thing.

Orelli: They made a point like, “Oh, look how good short reports can be, because they can help bring out actual problem with companies.” I mean, yes and no, I think short reports are often times, trying to read a lot more into things than there’s actually merit because we’re trying to push down to stock. I don’t know that this makes me feel any better about short reports than I did before.

Speights: I would agree. They can provide value, but they can also be in it for money and end up hurting a lot of investors, too.