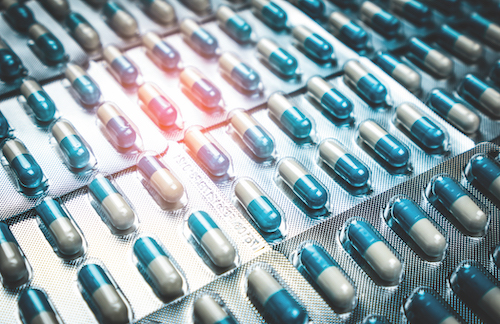 The AMR Action Fund, launched last year, has raised $140m from new investors to bolster its efforts to bring new antibiotics through the clinical pipeline to patients.

The new investments come from the Boehringer Ingelheim Foundation, the European Investment Bank and the Wellcome Trust, representing the first non-pharmaceutical industry investments made to the AMR Action Fund.

This new funding adds to the $1bn raised at the launch of the AMR Action Fund, with the initial investments made by over 20 biopharmaceutical companies that established the fund in July 2020.

The AMR Action Fund was launched by major pharma companies represented by the International Federation of Pharmaceutical Manufacturers and Associations (IFPMA), in collaboration with the World Health Organization, the European Investment Bank and the Wellcome Trust.

It was created to bring two to four new antibiotics to patients by 2030 – treatments that are urgently needed to address the rapid rise of antibiotic resistance, part of the broader issue of antimicrobial resistance.

The Fund will invest in clinical research into new antibiotics to address the most resistant bacteria and life-threatening infections.

In a statement, the AMR Action Fund said it will “soon take its first steps” in assessing investment opportunities in biotech companies that are focused on developing new antibiotics.

“As experts and policymakers from around the globe emphasised at the AMR Action Fund’s launch in July, this is an urgent issue that stakeholders across all sectors must come together to address,” said Henry Skinner, chief executive office of the AMR Action Fund.

“We’re thrilled to be working with the Boehringer Ingelheim Foundation, the European Investment Bank and the Wellcome Trust to expand the reach of the AMR Action Fund. We call on other investors from all sectors to join us in our efforts to ensure there is a sustainable pipeline of new antibiotics to fight superbugs,” he added.

Each year, 700,000 people die as a result of AMR, with some analysts estimating that by 2050 as many as ten million people could lose their lives annually because of the increasing prevalence of antibiotic-resistant infections.

Despite the global need for new medicines to treat antibiotic resistant infections, there has been a drought in research and development – especially among big pharmaceutical companies.

For many major drugmakers, there is a profound lack of financial incentive for the development of new antibiotics, given the fact that the most effective medicines are usually kept in reserve and only used when infections do not respond to older agents.

“However, the antibiotic pipeline is fragile, and while additional funding is a short-term solution to this pressing issue, longer term policy changes are needed to incentivise and strengthen a constant flow of innovation,” it added.