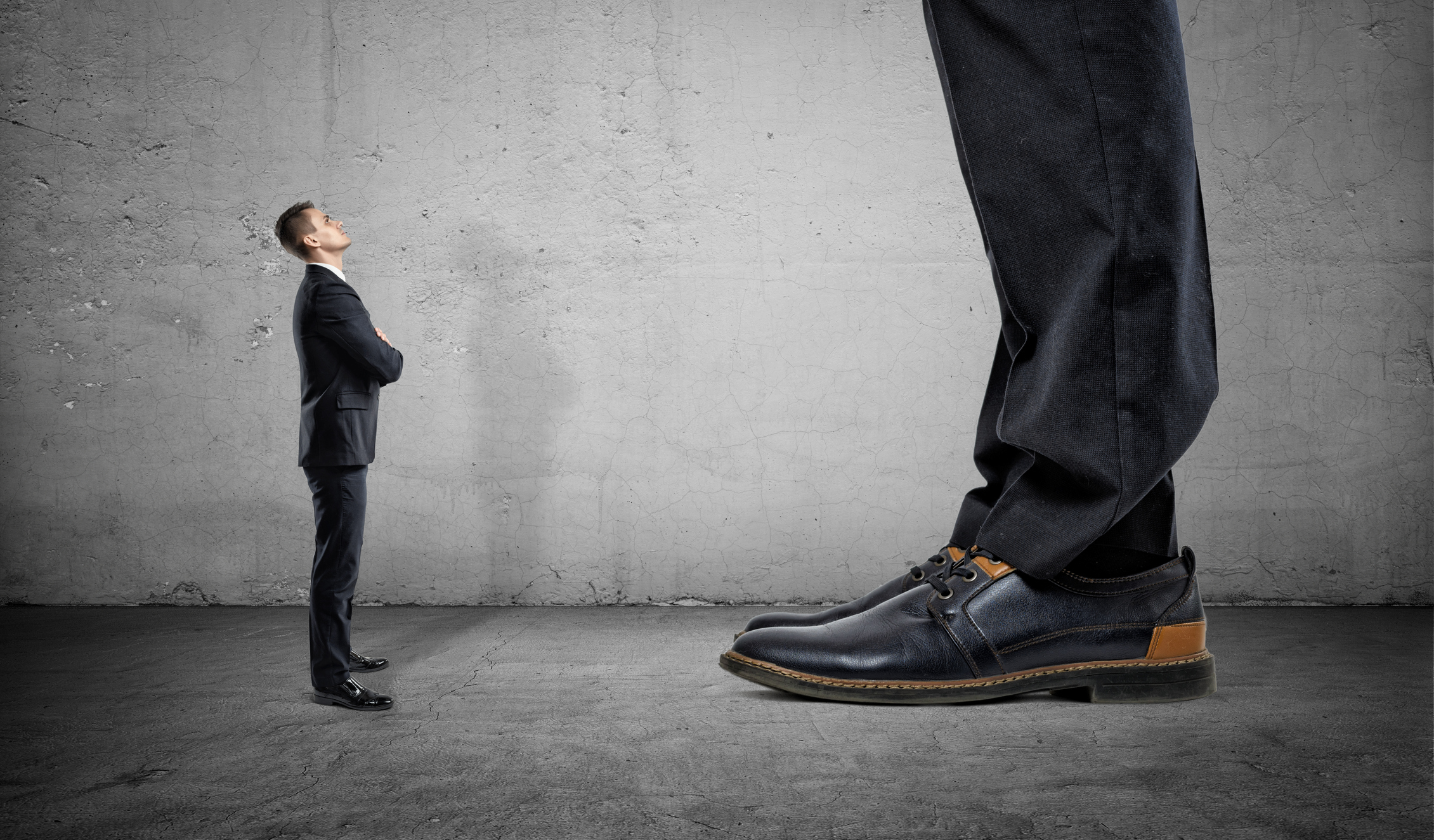 A small company attempting to compete against giant health insurers like UnitedHealth Group and Humana might seem like an unwinnable battle. Clover Health Investments (NASDAQ:CLOV), however, thinks it can beat the big insurers. In this Motley Fool Live video recorded on Nov. 16, 2020, Tom Gardner, co-founder and CEO of The Motley Fool, and Bill Mann, director of small cap research, talk with Clover Health co-founder and CEO Vivek Garipalli and president and chief technology officer Andrew Toy about why they’re confident in their strategy to go up against the biggest players in health insurance.

Bill Mann: So when I think of the healthcare industry in the United States, it almost feels like the world’s largest fortress. The only way that a smaller company could attack a fortress is to look for the seams, to look for the vulnerabilities. What is it about this market that you saw that lead you to believe that the fortress was something that you could take?

Vivek Garipalli: I would say the cynicism within traditional healthcare is massive. If you talk to individuals who have spent many years at the big incumbent health insurers or consultants who work with them, or whomever, they don’t actually believe that you can lower total cost of care and improve outcomes. They just don’t believe.

Bill Mann: Why not? I’m super interested to know why the system exists as it does from your standpoint. Why don’t they care?

Vivek Garipalli: I think they care, but I don’t think they believe it can be done. I don’t think it’s a lack of caring. If large incumbents had a very clear and scalable way to drive down total cost of care and improve outcomes, I think we’d be hearing about it 24-7 on commercials, advertisements, and so forth.

If you’re elderly you’re getting tons of advertisements around Medicare plans. It’d be talking about how, if you sign-up with our plan, we’re actually going to help you. It’s just not what gets advertised. If we think about the nature of health insurers or payers, it’s an actuarially based space. It’s measured on EBITDA per life, per year.

That is not how we think about healthcare as consumers. Importantly, there’s actually not a lot of knowledge and expertise at the very senior leadership levels as to how do decisions get made by physicians. How do they navigate through understanding a patient and making better decisions? That’s really the crux of it.

When you hear a ton about value-based care and shared savings today, and a lot of these models or concepts started promulgating as part of the Affordable Care Act or post Affordable Care Act. So you see big incumbent start reporting saying, “We now have 60 percent of our lives now under a value-based program.”

Vivek Garipalli: When you introduce a value-based program to a physician, a physician doesn’t say, “Now that I’m value-based, I’m now going to make good decisions.” If you look at the metrics, you read any earnings call, that is their metric now, number of lives under a value-based program. If you asked them, what are you providing to physicians to improve their decisions? You’ll get crickets because that’s not how they think about their internal KPIs, their metrics. Externally, we look like a Medicare Advantage plan.

Bill Mann: It’s horrifying to even hear a life referred to as a KPI, because that’s essentially what that relationship is.

Vivek Garipalli: Right. We’re never going to beat the large incumbents at their own game, nor are we interested in doing that. So we look at the largest part of the cost structure. It’s on medical and drug expenses, not on admin overhead. We’re very excited about being able to optimize admin overhead, but really in a way that helps optimize medical and drug expense over time.

So when we spend a lot of our time in gray matter during the week, it’s with our clinical team, with our product team on improving our platform. Our measurement in terms of how we think we’re driving value is number of lives that are being powered by Clover Assistant.

Starting April next year, we’re going to go from our almost 60,000 lives on MA to well over almost 300,000 lives being powered by Clover Assistant, including MA and fee-for-service. The traditional investors fear on the managed care side looks at it and says,” Oh well, that’s Medicare Advantage and this direct contracting thing is pretty new.” Our view is it’s the same individuals. They are in a private Medicare plan or in traditional Medicare. In both scenarios, we own all the savings that we generate. In both scenarios, Clover Assistant is driving value and it’s the same physicians using our software platform.

Tom Gardner: Let me ask Andrew about Clover Assistant. Can you give us some of the technical side of Clover Assistant? Do you all have data on the frequency with which doctors are using that guidance?

Andrew Toy: Yeah. Absolutely. I come from an enterprise software background. So I’m relatively new to the healthcare background. I founded a company before, I sold that to Google, but that wasn’t mobile, that wasn’t in healthcare. It was in the Android team, the Cloud team.

As a precursor, I think about Clover Assistant as I really wanted to focus on saying, how do we build software that helps physicians and, therefore, if you help physicians, would help patients too? That makes sense. The technology should be able to do that.

The problem is, and the reason why I didn’t just found a company, an HCIT or software company, is the kind of software that is bought in healthcare is not bought to help physicians, sadly, or to help patients. It’s built for regulatory purposes, box ticking. Enormous amounts of money are spent on this, but very rarely is anyone even thinking how is this used to help physicians. That’s what results in really low Net Promoter scores, really low usage, all those things.

They’re literally not the customer. It’s practice admins, billing departments, payer departments for doing claims processing. It’s all the bureaucracy that is the customer of the technology, not the physicians, which, therefore, not the patients. Part of my thesis was, in order to really crack that nut to get into the fortress, as you say, you have to sort of just get in on the inside. You can’t be a vendor on the outside saying, “Hey, buy my stuff.” They don’t want your stuff. That’s not going to work.

But you can do it from the inside. That’s why, at Clover, I want to be at the payer, because now we’re at the point of capital allocation. We can decide how to use that leverage to do the best thing for physicians from a data perspective, from a capital allocation perspective. When we build the software, and the Clover system is a software platform that I would build as if I was on the outside, if I was in an enterprise software company, but we’re building it internally to Clover because that way there’s no enterprise sales cycle between us and our iteration rate to constantly improve it and make it better and better.

I hope that makes sense. Because otherwise it’s just so slow going. Chamath and I talk about this all the time. It’s so slow. It’s fundamental to the need of technology these days to iterate. If you talk to anyone at tech, it’s not about being right the first time, it’s about getting to that product market fit and then iterating your way into where you need to be. That’s where I think we are with Clover Assistant, is because it’s built in a payer, we deploy it.

To add to your question, Tom, we’re really proud about what we do with the assistant. For those who have signed up for the assistant with us, we have a really high engagement rate. Actually, the number we share is above 90 percent. So for every office visit for someone going to see a PCP, we are getting Clover Assistant use a very high percentage of the time. Our Net Promoter score is really high as well, and be religiously measure that.

The reason is simply that we think about the physician as our customer, except I’m not making them pay for my software. That aside, our business model is the model of healthcare economics. But we are giving out the software. We are like, how do we drive engagement? How do we measure it down to the future level? We constantly are rolling out new clinical protocols to help with all the chronic conditions that we’re seeing in the environment, and we’re having a two-way conversation as well with those physicians.

We’re not saying, and Vivek alluded to this, we’re not saying we think this patient needs this, do it. Physicians don’t like that, firstly, and it’s not appropriate, secondly. That’s not a pathway to a high engagement rate.

What we’re simply saying is we have a lot of data. Let’s make it actionable for you. So we’re putting very actionable pieces of information in front of the physician. It’s completely their call. Their hands are on the steering wheel all the time in terms of what they want to engage with. They just think about it. If they decide to follow our recommendation or not or confirm a diagnosis or not, then they providing us feedback as well and saying, “Listen, this is why I think this exists,” or, “This is why I don’t think this exists.” That feedback is immediately fed back into our product development cycle to improve again.

So rather than these big, massive static assessments, which are the norm; it takes hours to do, it’s the same for every person, and the doctor has to just go through all the stuff. It’s personalized, it’s easy to use, it’s dynamic, it’s tuned to be relevant I think that’s what keeps our engagement rate really high and also informs the physician with the best possible data so that they can give better care.